Bushehr Province is one of the 31 provinces of Iran. It is in the south of the country, with a long coastline onto the Persian Gulf. Its center is Bandar-e-Bushehr, the provincial capital. The province has nine counties: Asaluyeh, Bushehr, Dashtestan, Dashti, Deyr, Deylam, Jam, Kangan, Ganaveh and Tangestan. In 2011, the province had a population of approximately 1 million people.

The province was put as part of Region 2 upon the division of the provinces into 5 regions solely for coordination and development purposes on June 22, 2014.

The Greeks knew of Bushehr by Mezambria during the battles of Nearchus. A French excavating team however in 1913 determined the origin of Bushehr to date back to the Elamite Empire. A city there, known as Lyan, contained a temple that was designed to protect the compound from naval attacks. Its remains can still be seen today 10 kilometers south of the present city of Bushehr.

Marco Polo describes this region as part of the Persian province of Shabankareh. It contains the village of Saba, Iran where are buried the three Magi which visited the Christ Child. 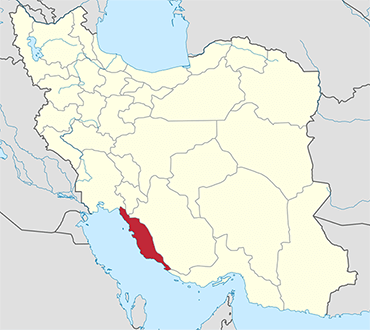 Bushehr7 Things to do, 1 Places to stay