Pars Province also known as Fars or Persia in the Greek sources in historical context, is one of the thirty-one provinces of Iran and known as the cultural capital of the country. It is in the south of the country, in Iran's Region 2, and its administrative center is Shiraz. It has an area of 122,400 km². In 2011, this province had a population of 4.6 million people, of which 67.6% were registered as urban dwellers (urban/suburbs), 32.1% villagers (small town/rural), and 0.3% nomad tribes. The etymology of the word Persian found in many ancient names associated with Iran, is derived from the historical importance of this region. Fars Province is the original homeland of the Persian people.

The ancient Persians were present in the region from about the 10th century BC, and became the rulers of the largest empire the world had yet seen under the Achaemenid dynasty which was established in the mid 6th century BC, at its peak stretching from Thrace-Macedonia, Bulgaria-Paeonia and Eastern Europe proper in the west, to the Indus Valley in its far east. The ruins of Persepolis and Pasargadae, two of the four capitals of the Achaemenid Empire, are located in Fars.

The Achaemenid Empire was defeated by Alexander the Great in 333 BC, incorporating most of their vast empire. Shortly after this the Seleucid Empire was established. However it never extended its power in Fars beyond the main trade routes, and by the reign of Antiochus I or possibly later Persis emerged as an independent state that minted its own coins. The Seleucid Empire was subsequently defeated by the Parthians in 238 BC, but by 205 BC, the Seleucid king Antiochus III had extended his authority into Persis and it ceased to be an independent state. 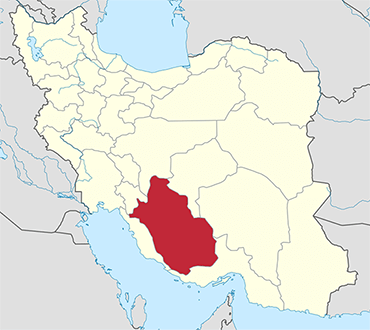 Shiraz15 Things to do, 26 Places to stay