Golestan Province is one of the 31 provinces of Iran, located in the north-east of the country south of the Caspian Sea. Its capital is Gorgan. The province was put as part of Region 1 upon the division of the provinces into 5 regions solely for coordination and development purposes on June 22, 2014. Majority of its population are Shia Muslims, and minority are Sunni Muslims.

Golestān was split off from the province of Mazandaran in 1997. It has a population of 1.7 million (2011) and an area of 20,380 km². The province is divided into the following twelve counties (shahrestans): Aliabad County, Aqqala County, Azadshahr County, Bandar-e Gaz County, Gonbad-e Qabus County, Gorgan County, Kalaleh County, Kordkuy County, Maraveh Tappeh County, Minudasht County, Ramian County, and Torkaman County. Present-day Gorgan was called Esterabad until 1937.

Human settlements in this area date back to 10 000 BC. Evidence of the ancient city of Jorjan can still be seen near the current city of Gonbad-e Kavus. It was an important city of Persia located on the Silk Road.

Under the Achaemenid Iran, it seems to have been administered as a sub-province of Parthia and is not named separately in the provincial lists of Darius and Xerxes. The Hyrcanians, however, under the leadership of Megapanus, are mentioned by Herodotus in his list of Xerxes’ army during the invasion of Greece. 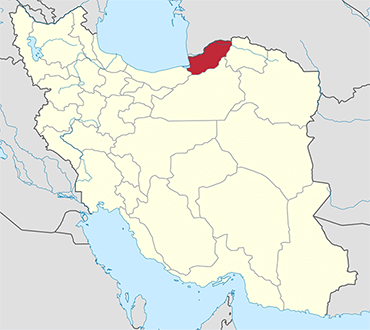 Gorgan7 Things to do, 5 Places to stay