Ilam Province is one of the 31 provinces of Iran. In 2014 it was placed in Region 4. It is in the western part of the country, bordering Iraq. Its provincial center is the city of Ilam. Covering an area of 19,086 square kilometers, it includes Ilam, Mehran, Dehloran, Darreh Shahr, Sarable, Eyvan, Abdanan and Arkwaz cities. Ilam province shares its borders with three neighboring Iranian provinces and Iraq, Khuzestan province in the south, Lurestan province in the east, Kermanshah province in the north, and Iraq in the west with 425 kilometers of common border.

Limited archaeological studies and discoveries indicate 6,000 years of tribal residence in Ilam. Historical evidence indicates that Ilam province was part of the ancient Elamite Empire. In some of the epigraphs left from Sumerian history, this territory was called Alam, Alamo, or Alamto meaning the high lands where the sun rises. 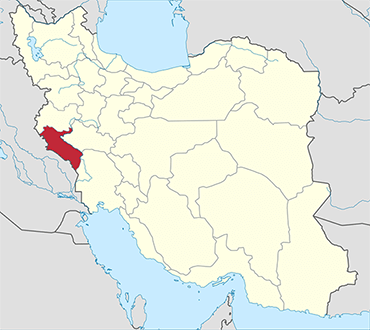 Ilam4 Things to do, 2 Places to stay