Kerman Province is one of the 31 provinces of Iran. Kerman is in the southeast of Iran with its administrative center in the city of Kerman. In 2014 it was placed in Region 5. Mentioned in ancient times as the Achamenid satrapy of Carmania, it is the second-largest province of Iran with an area of 180,726 km2 (69,779 sq mi), that encompasses nearly 11 percent of the land area of Iran. The population of the province is about 3 million (9th in the country).

Kerman province is considered a paradise for palaeontologists because of an abundance of vertebrate fossils from different geological eras. Fossils include Placodermi, jawed and jawless armoured fish dating back to the Devonian period (395 to 365 million years ago), dinosaurs (195 to 66 million years ago) and mammals from the Tertiary period (ranging from two to seventy million years ago). Ancient abandoned citadels such as Arg-e Bam and Rayen Castle have been preserved in the desert for 2,000 years. 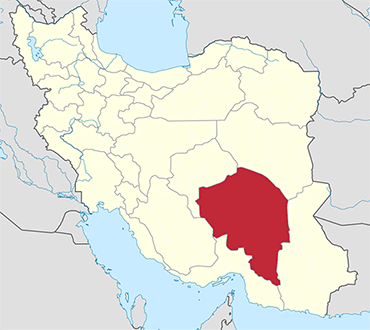 Kerman7 Things to do, 1 Places to stay

Bam1 Things to do, 2 Places to stay