Kermanshah Province is one of the 31 provinces of Iran. The province was known from 1969 to 1986 as Kermanshahan and from 1986 to 1995 as Bakhtaran. according to 2014 segmentation by Ministry of Interior it is center of Region 4, with the region's central secretariat located at the province's capital city, Kermanshah. Majority of people in Kermanshah province are Shia, and there are minority of Sunni and Yarsanism.

The province has a rich Paleolithic heritage. Many caves with Paleolithic remains have been surveyed or excavated there. some of these cave sites are located in Bisetun and north of Kermanshah. The first known physical remains of Neanderthal man in Iran was discovered in Bisitun Cave. Do-Ashkaft, Kobeh, Warwasi, and Mar Tarik are some of the Middle Paleolithic sites in the region.

Kermanshah also has many Neolithic sites, of which the most famous are Ganj Dareh, Sarab, and Asiab. At Ganj Dareh, the earliest evidence for goat domestication have been documented. In May 2009, based on a research conducted by the University of Hamedan and UCL, the head of Archeology Research Center of Iran's Cultural Heritage and Tourism Organization announced that the oldest prehistoric village in the Middle East dating back to 9800 B.C., was discovered in Sahneh, located in west of Kermanshah. 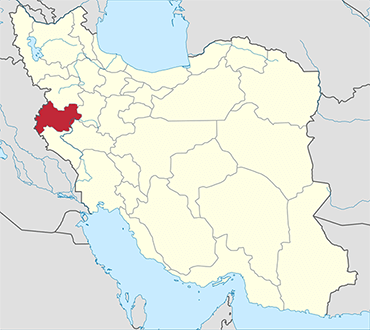 Kermanshah4 Things to do, 1 Places to stay