The Qazvin Province is one of the 31 provinces of Iran. It is in the north-west of the country, and its center is the city of Qazvin. The province was created in 1993 out of part of Tehran Province. The counties of Qazvin Province are Qazvin County, Takestan County, Abyek County, Buin Zahra County, Mobarakeh County, Alborz County & Avaj County. The largest cities are Qazvin, Takestan, Abyek, Alvand, Iran, Bidestan, Mobarakeh, Mohammadiyeh & Eqbaliyeh.

The province was put as part of Region 1 upon the division of the provinces into 5 regions solely for coordination and development purposes on June 22, 2014. Qazvin was the location of a former capital of the Persian Empire and contains over 2000 architectural and archeological sites. It is a provincial capital today that has been a cultural center of mass throughout history.

Archeological findings in the Qazvin plain reveal the existence of urban agricultural settlements as far back as 7000 BC. The name “Qazvin” or “Kasbin” is derived from Cas, an ancient tribe that lived south of the Caspian Sea millennia ago. The Caspian Sea itself in fact derives its name from the same origin. Qazvin geographically connects Tehran, Isfahan, and the Persian Gulf to the Caspian seacoast and Asia Minor, hence its strategic location throughout the ages. 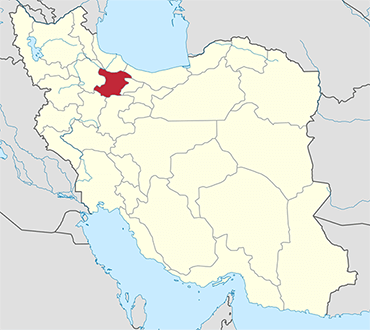 Qazvin11 Things to do, 3 Places to stay