Qom is the eighth largest city in Iran. It lies 125 kilometres (78 mi) by road southwest of Tehran and is the capital of Qom Province. At the 2016 census its population was 1,201,158. It is situated on the banks of the Qom River.

Qom is considered holy by Shiʿa Islam, as it is the site of the shrine of Fatimah bint Musa, sister of Imam `Ali ibn Musa Rida (Persian Imam Reza, 789–816 AD). The city is the largest center for Shiʿa scholarship in the world, and is a significant destination of pilgrimage. Qom is famous for a Persian brittle toffee known as Sohan, considered a souvenir of the city and sold by 2,000 to 2,500 “Sohan” shops.

Qom has developed into a lively industrial centre owing in part to its proximity to Tehran. It is a regional centre for the distribution of petroleum and petroleum products, and a natural gas pipeline from Bandar Anzali and Tehran and a crude-oil pipeline from Tehran run through Qom to the Abadan refinery on the Persian Gulf. Qom gained additional prosperity when oil fields were discovered at Sarajeh near the city in 1956 and a large refinery was built between Qom and Tehran. 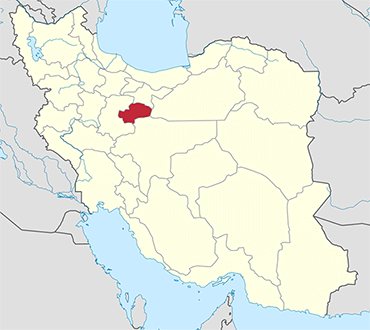