Kurdistan Province is one of the 31 provinces of Iran. The province of Kurdistan is 28,817 km² in area which encompasses just one-fourth of the areas in Iran inhabited by Kurds. It is located in the west of Iran, in Region 3, and bound by Iraq on the west, the province of West Azerbaijan to its north, Zanjan to the northeast, Hamedan to the east and Kermanshah to the south. The capital of Kurdistan Province is the city of Sanandaj (Kurdish: Sinne‎). Other counties with their major cities are Marivan, Baneh, Saqqez, Qorveh, Piranshahr, Bijar, Kamyaran, Dehgolan, Diwandarreh and Sarvabad.

The mountainous lands of this area first encouraged Iranian-speaking tribes to settle in this region after their immigration to Iran. It was from here where the first plan to overthrow the Assyrian Empire began, leading to their defeat in 612 BCE, and setting the stage for the commence of the Median empire.

During the next few hundred years, the area of present-day Kurdistan Province became the arena of conflict between various invaders, including the Mongols and Timurids. Its steady decline began in the 16th century, when sea traffic replaced the famous Silk Road. 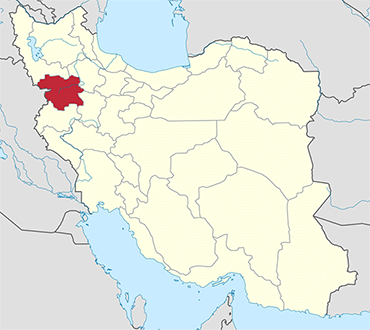 Sanandaj9 Things to do, 2 Places to stay

Baneh3 Things to do, 3 Places to stay