Lorestan Province is a province of western Iran in the Zagros Mountains. The population of Lorestan was estimated at 1,716,527 people in 2006. In 2014 it was placed in Region 4.

The ancient history of Lorestan is closely intertwined with the rest of the Ancient Near East. In the 3rd and 4th millennium BC, migrant tribes settled down in the mountainous area of the Zagros Mountains. The Kassites, an ancient people who spoke neither an Indo-European nor a Semitic language, originated in Lorestān. They would control Babylonia after the fall of the Old Babylonian Empire ca. 1531 BC and until ca. 1155 BC.

Luristan was invaded and settled by the Iranian Medes in the 2nd millennium BC. The Medes absorbed the indigenous inhabitants of the region, primarily the Kassites as well as the Gutians, by the time the area was conquered by the Persians in the 1st millennium BC. 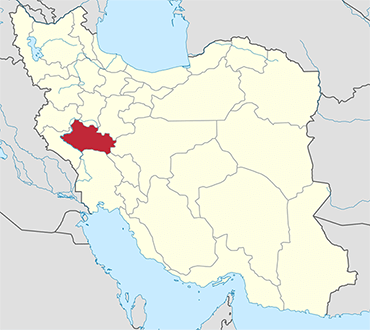 Khorramabad8 Things to do, 1 Places to stay

Borujerd7 Things to do, 2 Places to stay